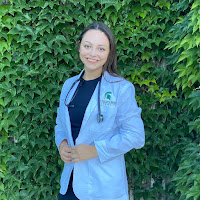 November is Native American Heritage Month, a time to learn about rich and diverse Indigenous cultures, traditions, and histories of the land we inhabit. The College of Human Medicine acknowledges the rich ancestry of Native Americans and the important contributions of this nation’s original people, including to processes of learning and healing.  By Amanda Ziminski, second-year College of Human Medicine student Aanii! Amanda indizhinikaaz, Sault Ste. Marie Tribe of Chippewa Indians indoonjbaa. (Hello! My name is Amanda and I am from the Sault Ste. Marie Tribe of Chippewa Indians). I am from a small town in Michigan’s Upper Peninsula called Manistique. I had what I consider to be a relatively normal upbringing being the third of four children in a lower-middle class family. My grandparents own a grocery store business and that’s pretty much what my family’s life revolved around. Working at the grocery store is a rite of passage in my family. We began working as soon as we hit age
Post a Comment
Read more 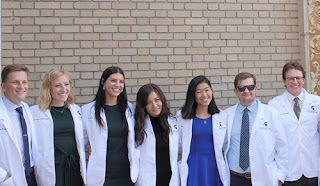 Another incoming fall means the end of an admissions cycle and the welcoming of another great entering class. With White Coat Ceremonies taking place across the nation, medical schools are now joined by a fresh batch of driven students.  Here at the Michigan State University College of Human Medicine , we welcomed first-year medical students at the White Coat and Matriculation Ceremony in August . More than 11,000 people applied to the medical school last year, a college-record and 48 percent increase since 2009. The college, in its first year hosting a virtual interview process , met with over 500 excellent applicants, ultimately admitting 190 new students.    Over 60 percent of the incoming class identified as coming from disadvantaged backgrounds, with nearly a quarter each identifying as underrepresented in medicine or from rural backgrounds, respectively. Those coming from low-income backgrounds and first-generation students often find strong resonance with the college's missi
Post a Comment
Read more

Henry Ford Health System and Michigan State University today unveiled the new unified brand of their partnership, Henry Ford Health + Michigan State University Health Sciences , celebrating eight months of rapid progress in advancing initiatives to improve health care in Michigan and beyond. Launched in January 2021 with the bold purpose of advancing a new standard of health care, HFH+MSU Health Sciences has already created critical infrastructure and new pathways for pioneering research, cancer care, education and equitable care delivery and outcomes. The new brand logo unveiled today seamlessly blends the iconic colors of the two institutions and leverages a “+” to reflect this shared commitment, and the power of two national leaders joining forces to achieve this goal. “Since coming together in January, we have mobilized a stellar team across our institutions that is already introducing changes to advance health care delivery and fight the health disparities that plague our most vul
1 comment
Read more

A Calling to Care for the Underserved 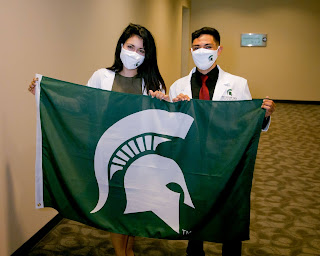 For Anthony Bonilla-Salmeron, it was when he nearly died from a ruptured appendix at the age of 12. For Aghdas Movassaghi it was her grandmother’s diagnosis of ovarian cancer. Those events sent each on a course that, despite many obstacles, brought them to an Aug. 22 ceremony in Grand Rapids, where they donned white coats, formally making them College of Human Medicine students. Both grew up in low-income neighborhoods of Los Angeles and worked as medical scribes in doctors’ offices, exposing them to the social, financial and other hardships many patients face. Both are determined to become physicians caring for underserved patients and inspiring young people. “It feels like the beginning of the rest of my life,” Bonilla-Salmeron said. “It feels that way because I’ve been working toward this for most of my life. It also signifies to me to be a role model. I want to show that, no matter what your obstacles are, you can do this.” In some ways, Bonilla-Salmeron and Movassaghi are typical
Post a Comment
Read more 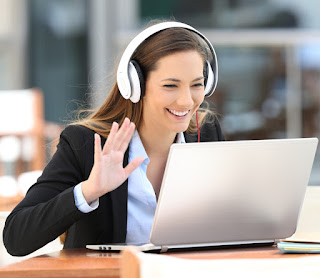 Interview season is right around the corner! The College of Human Medicine (CHM) interviews candidates through a series of dates from September to February, with typically an additional scheduling specifically for Early Assurance candidates in late February or early March. Medical schools have all done their best to adapt to various guidelines at the federal, state, and even university level since the pandemic began. Continuing social distancing directives and various restrictions, which include travel, have been catalysts for admissions offices such as our own to convert important components of the process to online platforms. Last year, CHM decided to make an important adjustment in hosting virtual interviews. This year, we'll be doing the same. The previous cycle saw the American Association of Medical Colleges (AAMC) come out with recommendations and resources on interviewing virtually, encouraging medical schools to conduct their applicant interviews either by phone or video
Post a Comment
Read more 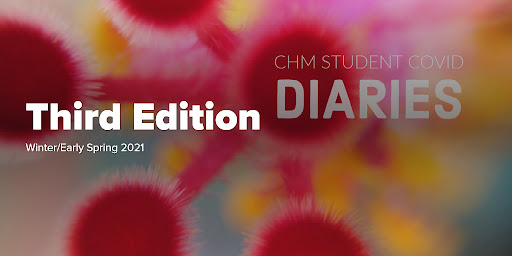 Though few initially anticipated the pandemic would stretch into a new year, the College of Human Medicine worked tirelessly as the months carried on to adjust and ensure the safety of our students, communities, and patients alike. Now into a second spring, t he College of Human Medicine Office of Admissions aimed to document the experiences of our student body. Recruiting some new students to share their experiences, our diverse group recaps the winter months leading into spring. A few seasons into the pandemic and beyond initial issues, students faced evolving challenges. Click below to read their great insight.
1 comment
Read more

After Another Strong Match Day, CHM Seniors Set to Take On Residency Positions Throughout the Nation 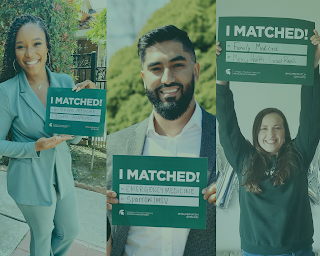 Not many things came easy this last year. Yet despite plenty of disruptions and challenges, the Class of 2021 responded honorably in every way. That included displaying high levels of poise and patience during a residency selection cycle steeped in uncertainty amid a global pandemic that has upended life beyond just medicine. While the 2021 edition of Match Day marked the second in which fourth-year College of Human Medicine (CHM) students and their families were forced to celebrate virtually on the account of the pandemic, this year's seniors were the first to see their entire residency match process pivot to virtual.  Going online certainly presented it's hurdles, but the virtual nature of this year's interviews also helped to eliminate some of the larger barriers—time and cost—that are associated with the process during more traditional cycles.  The 2021 Main Residency Match became the largest in National Resident Matching Program (NRMP) history, with 38,106 total p
Post a Comment
Read more
More posts